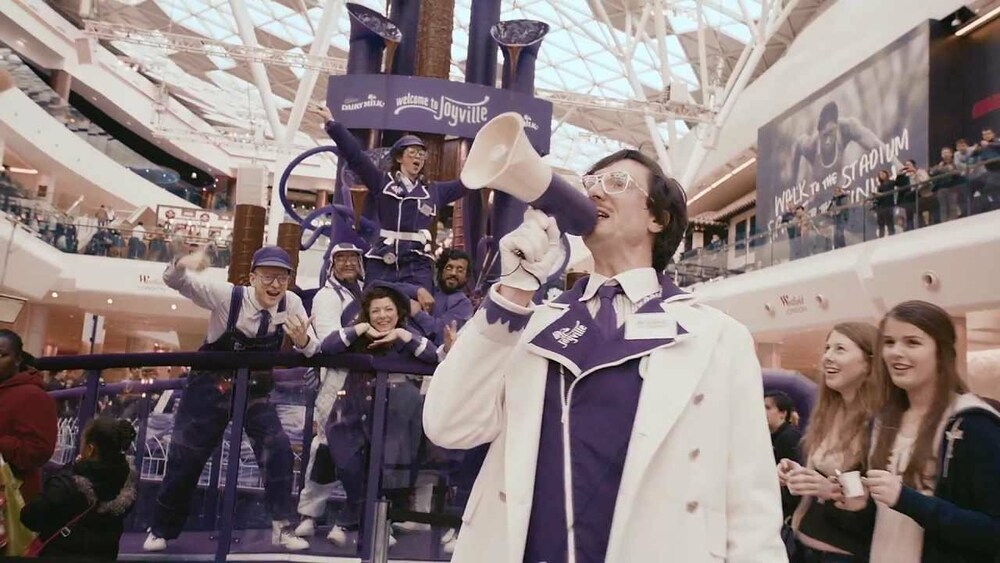 We were engaged by Amplify and Fallon to bring to life Joyville's Magnificant Musical Chocolate Fountain.

Our characters brought further insight to the Joyville campaign at private launch events and for Kraft Foods partners/staff in the UK and Switzerland.

We were engaged to create all characters, narratives and interactions to introduce the public to the 'wonderful world of Joyville'.

It was one of Cadbury’s most successful and engaging campaigns to date, drawing record crowds to the events, with video content meaning the spectacle had a reach of a reported 2.5m people.