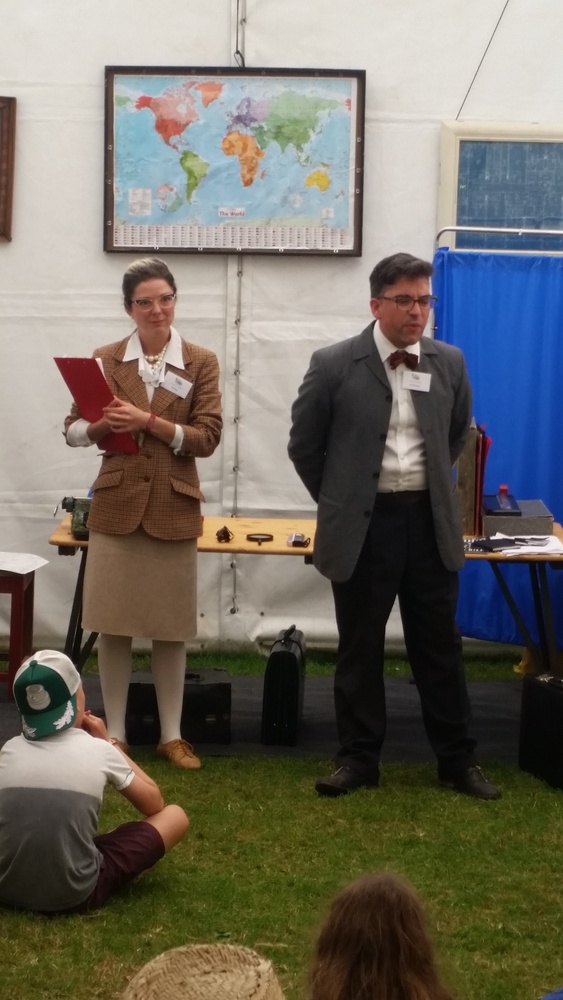 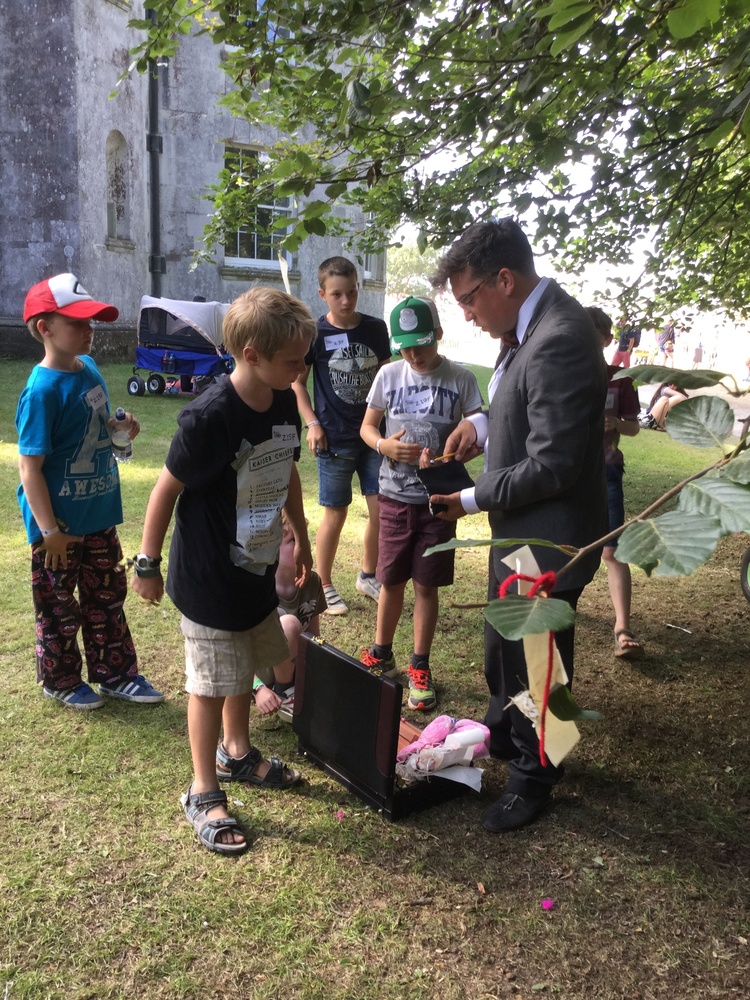 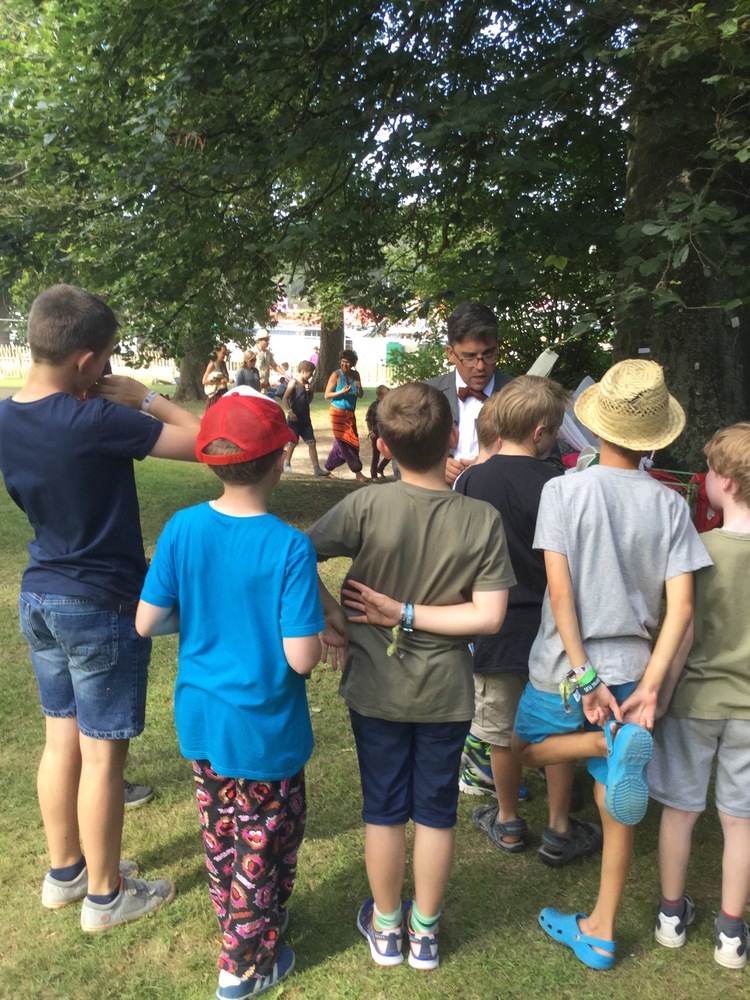 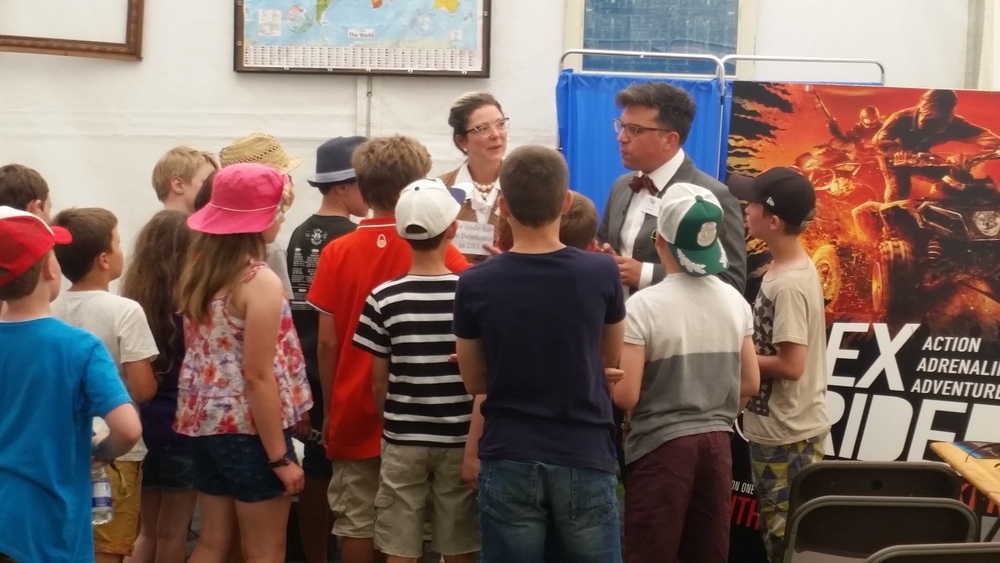 Bestival and Walker Books commissioned us to create a piece of immersive, interactive theatre for 7-12 year olds.

TARSC- The Alex Rider Spy Camp
was a 90 minute experience -rolled out over 3 days of Camp Bestival based on Anthony Horowitz's popular series of books for young readers about a teenaged recruit of MI6.

We worked closely with the publisher to bring the Alex Rider series of novels to life for groups of budding secret agents. Tasks and missions allowed them to collaborate with one another to solve mysteries, to write and decipher messages,  follow trails and decipher codes amongst other physical and mental skills.

The groups were led by two immersive performers in a 'field tent' in the midst of this large Arts and Music Festival  for families which takes place in the grounds of Lullworth Castle. Dorset.