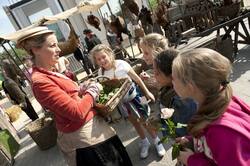 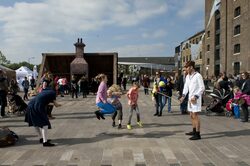 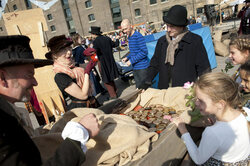 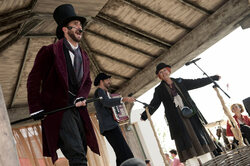 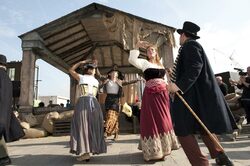 'Journeys' was a 2 day Living History Festival in Autumn 2013 to celebrate and teach the history of the area of King's Cross.
A Free Public Festival attended by 30,000 attendees in Granary Square: produced by Produce UK, concepted with GR and funded by King’s Cross at part of the their programmed events: King's Cross Stories.

The Gritty Side of Victorian London was created in a pop up Victorian Market Place with Gideon Reeling creating numerous Living History Installations presenting everything from the Chimney Sweep trade to Kidsmen recruiting child pickpockets, from the workhouse to the ageing theatrical turned shoe-shine, to preparations for child birth on the Kitchen table

The images are by Jonathan Turner and Jon Sturrock- links to their work are to the left.